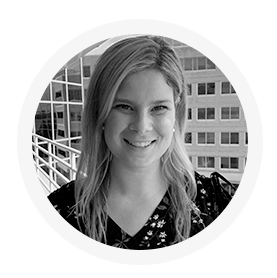 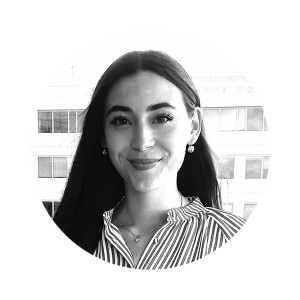 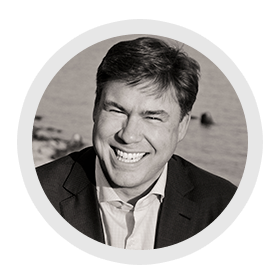 Gretchen Andersen has extensive media relations experience with local and national press throughout her time in Manhattan, Washington, DC and Las Vegas. She joined the Black Rock Group in 2019.

For four years, Gretchen worked on Capitol Hill as a press secretary in both the United States Senate and House of Representatives. Most recently she served as press secretary for U.S. Senator Dean Heller (R-NV). In the spring of 2018, she worked on Heller’s re-election campaign, helping manage communications and organize rallies, roundtables and press events with Heller and officials from the White House. Prior to her time in the U.S. Senate, Gretchen was an official spokesperson for two Republican members of Congress, including U.S. Representative Vern Buchanan (R-FL).

Gretchen got her start in public relations while working in New York City as a press secretary for Iraq and Afghanistan Veterans of America (IAVA), a national non-profit focused on improving the lives of post-9/11 veterans. While posted at IAVA, Andersen worked with national reporters and producers and cultivated a large group of veteran spokespeople from across the country for a grassroots campaign to combat veteran suicide.

A native of Blue Bell, Pennsylvania, Gretchen is a graduate of the University of Pittsburgh.

Lily Bandola is a Director at Black Rock Group. She previously interned with the National Republican Congressional Committee and Law Media Group, a public affairs firm in  Washington, DC.

She is a graduate of Miami University of Ohio, where she received her B.A. in Political Science and Comparative Religion. Lily was a University Academic Scholar in Miami’s Department of Humanities, as well as a Student Ambassador for the College of Arts and Sciences. During the winter of 2018, Lily had the opportunity to travel throughout the Arabian Peninsula where she studied Arabian Gulf economies in social transition.

Michael Dubke is a veteran GOP operative and has been involved in local, state and federal politics, as well as issue and public policy advocacy since 1992. His experience has brought him a unique understanding of the relationship between media strategy and public policy development.

Mike recently served as Assistant to the President for Communications in the White House. In that capacity, he oversaw a communications department that coordinated Congressional and Cabinet communications, Digital Strategy, Media Affairs, Production, Strategic communications as well and Surrogate operations.

In 2009, Mike was a Founding Partner at the Black Rock Group (BRG). At BRG, Mike has helped plan and lead successful communications and advocacy efforts in a variety of industries including energy, technology, transportation, financial services, restaurant and retail. In the non-profit realm, Mike has worked to promote digital security, eradicate child sex-trafficking, foster international dialogue and keep kids safe online.

In 2001, Mike founded a group of media services firms (Main Street Media Group, Crossroads Media and Herd Media) that have collectively placed almost $1 billion dollars of media for clients. The firms specialize in advertising strategy and placement for political candidates, issue advocacy organizations and trade associations. The media group has established itself as one of the go-to firms on the national scene for both political candidates and corporations.

Mike also served as President of Americans for Job Security (AJS), a pioneer independent expenditure organization that provided direct advocacy for citizens to public policy makers. Prior to co-founding AJS, he held the position of Executive Director for both the Ripon Society and the Ripon Educational Fund, where he oversaw the growth of the TransAtlantic Conference and the re-emergence of the Ripon Society as a participant in national politics. Mike began his career on the Bush/Quayle ’92 campaign as assistant to the Political Director.

Mike currently serves on the board of the Franklin Center for Public Policy Exchange and the Ripon Society. He is a graduate of Hamilton College and resides in Alexandria, VA with his wife Shannon and their two children. 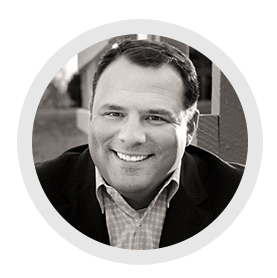 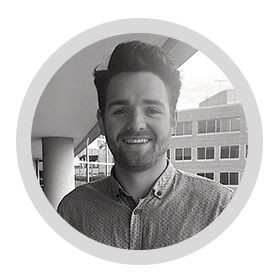 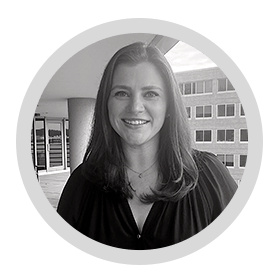 Carl Forti has nearly 20 years of experience in politics, campaign strategy, media relations and public affairs. He is a seasoned political operative, having served in leadership positions at advocacy organizations, a presidential campaign and four election cycles at the National Republican Congressional Committee (NRCC).

Carl has been described as “one of the smartest people in politics you’ve never heard of” by Karl Rove and “the Alexander the Great of the Republican independent expenditure world.”

While at Black Rock, Carl develops campaign strategies for the nation’s most successful issue advocacy groups, third-party organizations and SuperPACs. Previously, Carl was Executive Vice President for Issue Advocacy at Freedom’s Watch, an organization that was a strong voice for conservatives and impacted the public policy debate at local and national levels.

During the 2008 presidential campaign, Carl served as Deputy Campaign Manager and Political Director for Romney for President, where he built and managed the national political operation that produced 11 primary or caucus victories.

Carl also has extensive experience on Capitol Hill. He served in numerous capacities at the National Republican Congressional Committee, including Communications Director and Issue Advocacy Director, where he managed an $80 million independent expenditure campaign.

Originally from Western New York and a graduate of the George Washington University, Carl resides in Alexandria, VA with his wife Sandy and their three children.

Trevor joined the Black Rock Group in 2018. He previously worked as a Government Affairs Associate for the American Planning Association in Washington, D.C.

Trevor is an alumnus of James Madison University where he earned his BA in both Political Science and Public Policy/Administration. While obtaining his undergraduate degree, Trevor interned with Rep. Randy Forbes (VA-04), Rep. Bob Goodlatte (VA-06) and Rep. Rob Wittman (VA-01).

After graduation, Trevor worked for the John Adams for Virginia Attorney General campaign and the American Family Association campaign in North Carolina before moving to the Washington, D.C. metropolitan area.

Originally from Chesapeake, VA, he currently resides in Arlington, VA.

Samantha is an experienced public affairs professional with expertise on a wide range of policy areas.

Heyrich got her start working for Senator Pat Toomey, where she served in various roles—Legislative Correspondent, Staff Assistant, Intern and on the 2016 re-election campaign. Samantha supported the Senator’s work on the judiciary portfolio, including efforts to protect children from predators, enhance gun safety, safeguard law enforcement officers and the confirmation of hundreds of judicial nominations, including Justice Brett Kavanaugh.

Samantha holds a Master’s in Legislative Affairs from the George Washington University and Bachelor’s degrees in Political Science and Anthropology from Bryn Mawr College. 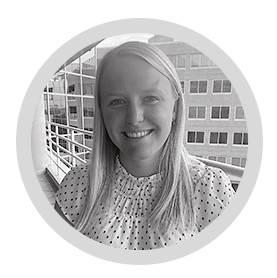 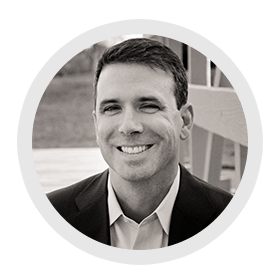 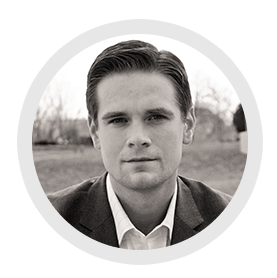 Natalie Hohman is a Senior Account Executive at Black Rock Group. She previously interned with Stride, Inc., an online education company, as a Corporate Communications Junior-Associate.

Brian has a proven track record of creating and managing successful public affairs and public relations campaigns for some of the country’s most innovative companies, top-tier associations, influential coalitions and national political candidates. In addition, he has worked with a number of national and local nonprofit organizations.

Over the past two decades, Brian has helped lead effective communications and advocacy efforts in a variety of industries including technology, transportation, healthcare, clean energy, financial services and retail. In the nonprofit realm he has worked in support of marriage equality, early childhood education, eradicating child sex-trafficking and keeping kids safe online.

Brian has also been active in the world of electoral politics, serving in senior roles for the presidential campaigns of George W. Bush, John McCain, Mitt Romney and Chris Christie.

In addition to serving as a general consultant on numerous successful political and policy reform campaigns, Chris helps to lead the firm’s integration of strategy communications and advocacy management capabilities for domestic and international clients. Prior to joining Black Rock Group, Chris served as a Communications Director for Mitt Romney, leading the presidential campaign’s battleground press operations and rapid response in the Midwest. His career also includes various senior-level positions in U.S. House Leadership and the Ohio Republican Party.

Chris has been nationally recognized as a Campaigns & Elections Magazine Rising Star and was named to the American Association of Political Consultants’ “40 Under 40” list in 2018. He earned a B.A. in Public Policy from George Washington University, a M.P.S. in Communications from Georgetown University, and a M.P.A. in Public Administration from Harvard University. A native New Yorker, Chris is a Committee Member of the New York Police & Fire Widows’ & Children’s Benefit Fund. He resides in Virginia with his wife and children. 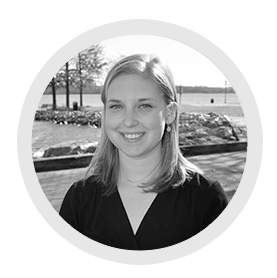 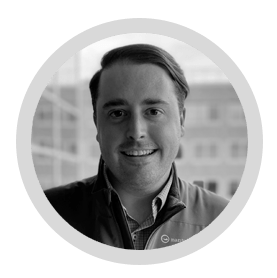 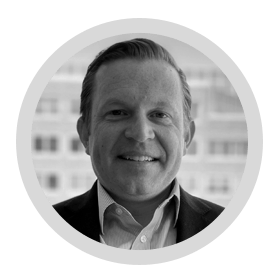 A New Jersey native, Charlotte graduated Phi Beta Kappa from The George Washington University with a degree in international affairs. She is a resident of Washington, DC.

Doug Patch is a Senior Director of Research at Black Rock Group. Before joining BRG, Doug was an Account Executive at Gravity Strategic Communications where he specialized in corporate and political research, working with top campaigns and major corporations.

Doug earned a B.A. in Communication Studies with a specialization in media and government from American University. He is a native of Connecticut, a lifelong aviation enthusiast, and currently resides in Washington, DC, with his fiancée, Emma.

Colin Reed is a nationally recognized political and communications strategist with extensive experience guiding high-profile candidates, individuals and institutions with their most pressing campaigns and challenges. Described by The Hill as, “a veteran of the opposition-research wars that have helped to define presidential races,” Colin served as the Executive Director of America Rising PAC during the 2016 presidential election cycle. He has also worked at the senior levels of multiple private sector consulting firms where his instinctual understanding of the media environment have drawn corporate leaders, particularly in the technology and energy sectors, to seek his counsel.

Colin cut his political teeth working for Republicans in deep blue New England. In 2014, he was the campaign manager for the Senate campaign of Ambassador Scott Brown in New Hampshire. Prior to this campaign, Reed served as one of the primary spokesmen for New Jersey Governor Chris Christie. He served for several years on Capitol Hill and spent the 2008 cycle on the presidential campaigns of Senator John McCain and Governor Mitt Romney.

A graduate of UNC-Chapel Hill, Colin lives in Washington, D.C. with his wife, Andrea. 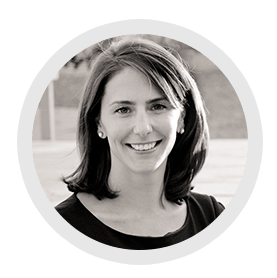 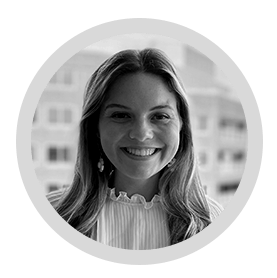 Jamie’s experience extends from strategic political communications work for leaders on Capitol Hill and presidential campaigns to managing public affairs campaigns for leading global companies. In 2012, she started her own communications consulting company, Quartus Strategies, based in Washington, D.C.

Jamie previously served as the Chief of Public Relations and Government Affairs at the Port Authority of New York and New Jersey from January 2011 to March of 2012. There she managed the media relations, marketing and government and community relations departments at the bi-state agency. Prior to her work at the Port Authority, Jamie was a member of GE’s corporate communications team at the company’s headquarters in Fairfield, Connecticut. She helped lead the development and implementation of global corporate campaign initiatives to proactively define the company’s reputation and enhance growth.

Her tenure on Capitol Hill includes press positions in both the House and Senate. She served as press secretary for members of the U.S. House of Representatives and for Texas Senator Kay Bailey Hutchison. Jamie also handled media affairs and rapid response as a member of the McCain-Palin campaign communications team, and served as a state communications director for the Bush-Cheney ’04 campaign.

Jamie attended the College of the Holy Cross in Worcester, MA. Originally from Skaneateles, NY, she currently resides in Washington, D.C. with her husband Matt Rhoades.

Emily Wood is an Account Executive at Black Rock Group. She previously interned with the Federal Reserve Board in the Office of the Secretary and Emergent Method, a management consulting firm in Baton Rouge, Louisiana. Emily also worked as a legislative reporter for the Manship School Statehouse Bureau.

A Louisiana native, Emily graduated from Louisiana State University, where she received Bachelor of Arts degrees in Mass Communication and Political Science.